A cool Chack Norris fact? I kicked his ass. - meme 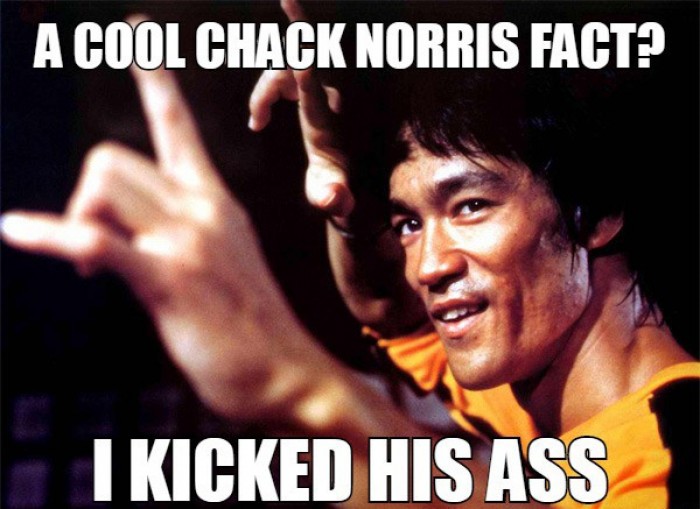 A cool Chack Norris fact? I kicked his ass.
Way of the Dragon (Chinese: 猛龍過江, released in the United States as Return of the Dragon) is a 1972 Hong Kong martial arts action comedy film written, produced and directed by Bruce Lee, who also starred in the lead role. This was Bruce Lee's only completed directorial effort. The film co-stars Nora Miao, Chuck Norris, Robert Wall and Hwang In-Shik. The film was released in Hong Kong on 30 December 1972.