Balrog is alive and well. The movie Lord of the Rings was not shot by a true story. 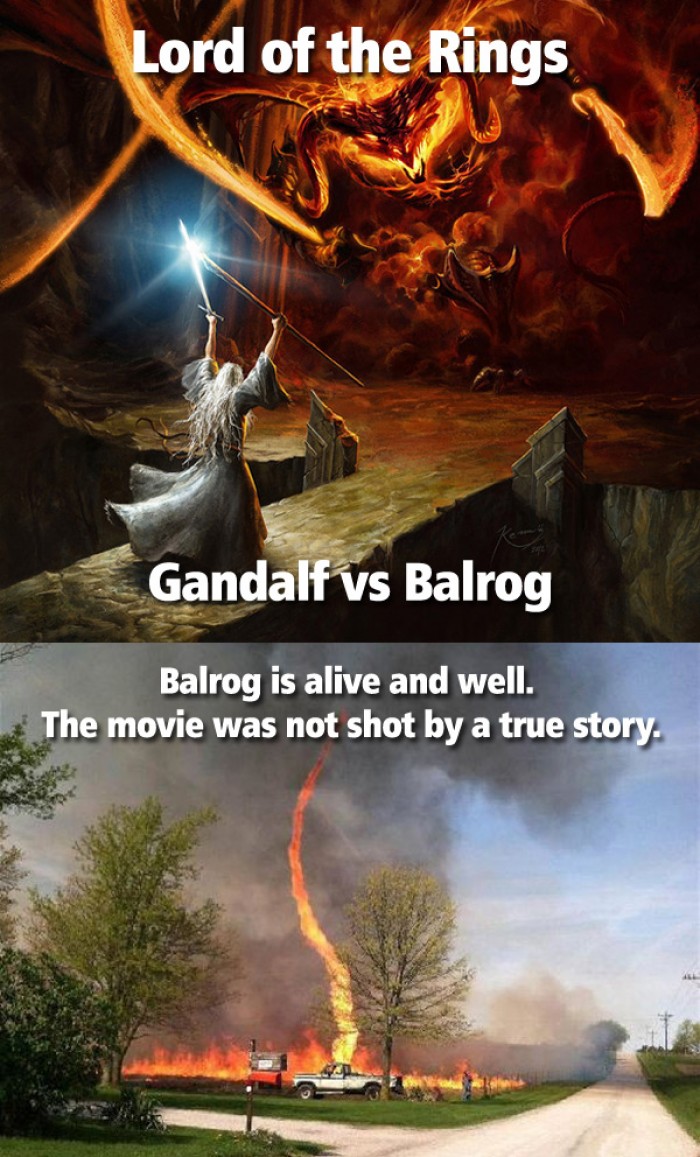 Balrog is alive and well. The movie Lord of the Rings was not shot by a true story. Gandalf vs Balrog. Balrogs are fictional characters who appear in J. R. R. Tolkien's Middle-earth legendarium. Such creatures first appeared in print in his novel The Lord of the Rings, where the Fellowship of the Ring encounter one known as Durin's Bane in the Mines of Moria. Balrogs figured in Tolkien's earlier writings that appeared posthumously in The Silmarillion and other books.