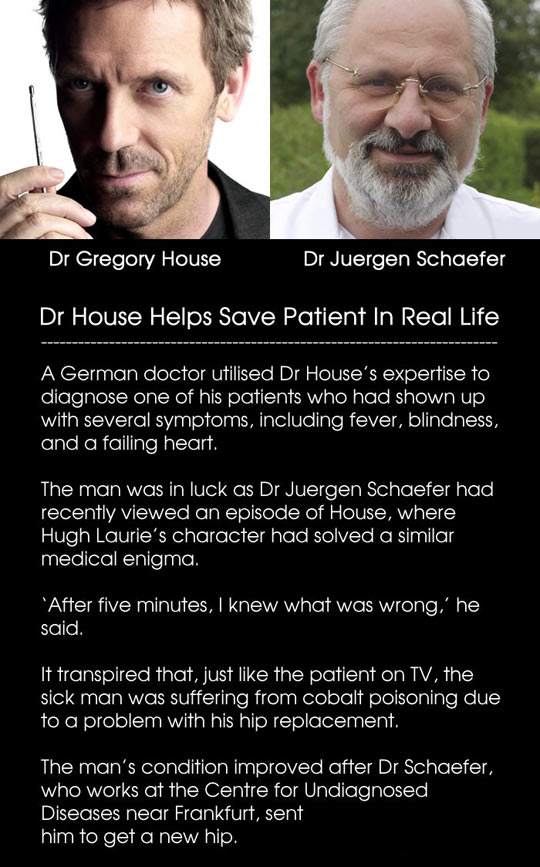 Dr House Helps Save Patient In Real Life A German doctor utilised Dr House's expertise to diagnose one of his patients who had shown up with several symptoms, including fever, blindness, and a failing heart. The man was in luck as Dr Juergen Schaefer had recently viewed an episode of House, where Hugh Laurie's character had solved a similar medical enigma. 'After five minutes, I knew what was wrong,' he said. It transpired that, just like the patient on TV, the sick man was suffering from cobalt poisoning due to a problem with his hip replacement. The man's condition improved after Dr Schaefer, who works at the Centre for Undiagnosed Diseases near Frankfurt, sent him to get a new hip.