First look from the set of Dumb and Dumber 2 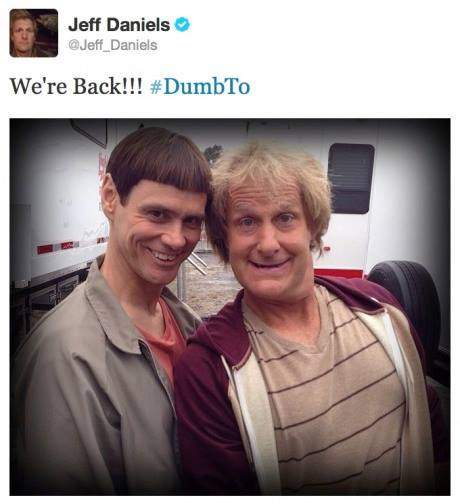 The first pictures from the set of the Dumb and Dumber sequel have arrived thanks to tweets from Jim Carrey and Jeff Daniels. Daniels says "We're back!!!" in his post, which shows the pair in costume as Harry Dunne and Lloyd Christmas. The sequel, which is titled Dumb and Dumber To, has begun filming in Atlanta, with original writers and directors Peter and Bobby Farrelly back at the helm. Read more at: http://www.mirror.co.uk/tv/tv-news/dumb-dumber-2-jim-carrey-2299923