Gallium, the metal that melts in your hands... 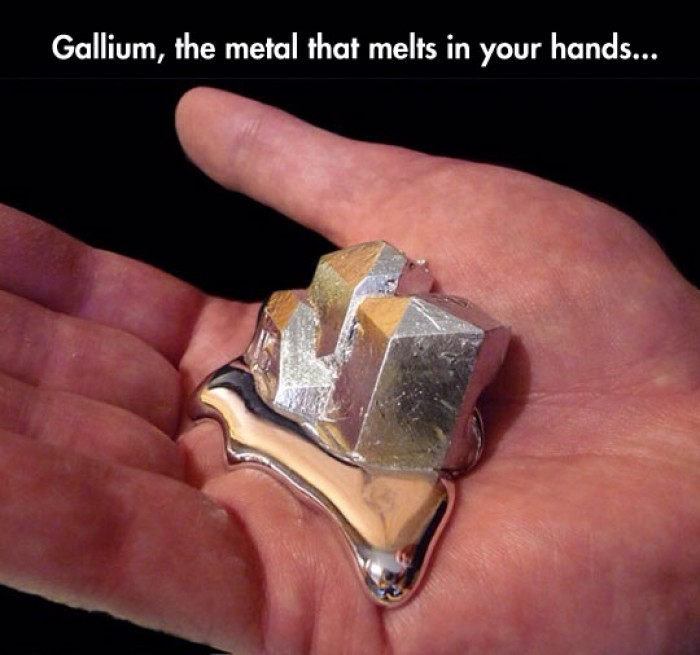 Gallium is a chemical element with symbol Ga and atomic number 31. Elemental gallium does not occur in free form in nature, but as the gallium(III) compounds that are in trace amounts in zinc ores and in bauxite. Gallium is a soft silvery metal, and elemental gallium is a brittle solid at low temperatures. If it is held in the human hand long enough, gallium will melt, since it melts at the temperature of about 29.76 °C (85.57 °F) (slightly above room temperature). The melting point of gallium is used as a temperature reference point. Gallium, the metal that melts in your hands.