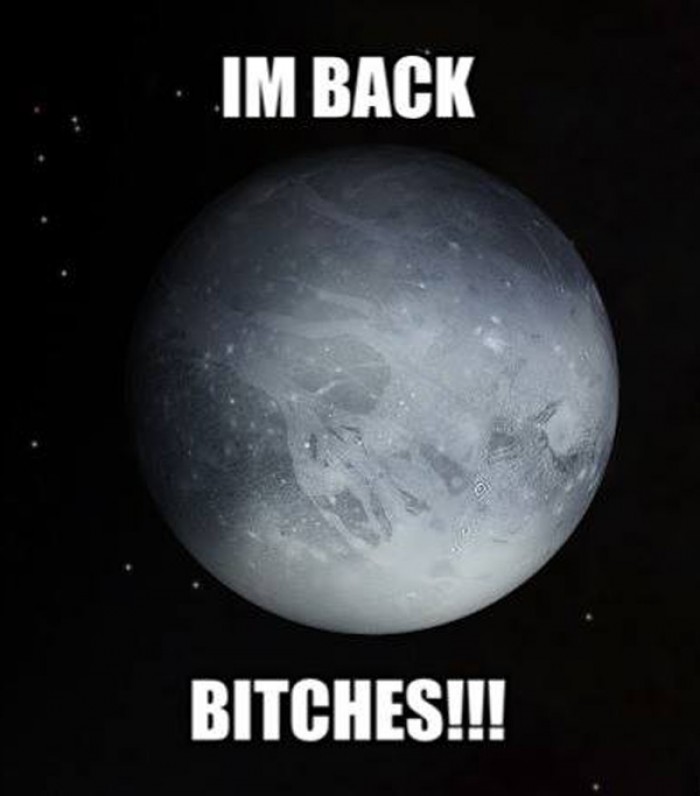 I'm back bitches! Pluto's big comeback: Why it could be reclassified as a planet. This article was originally published by Scientific American. Poor little Pluto. In 2006 astronomers ganged up on it and voted to strip it of its planethood - but other astronomers signed a petition saying they’d ignore that vote..

Now Pluto itself seems to be fighting back. Thanks to the Hubble Space Telescope, we’ve learned that Pluto has at least five moons—pretty impressive for something that’s supposedly not a planet.

And new research suggests Pluto is just what we were taught long ago: the largest world orbiting the sun beyond Neptune.

In 2005 astronomers discovered Pluto’s greatest rival, Eris. It’s three times farther from the sun than Pluto. And Eris was thought to be bigger than Pluto, too. But that initial estimate may have been wrong. - Meme