Not only the rainforest dies 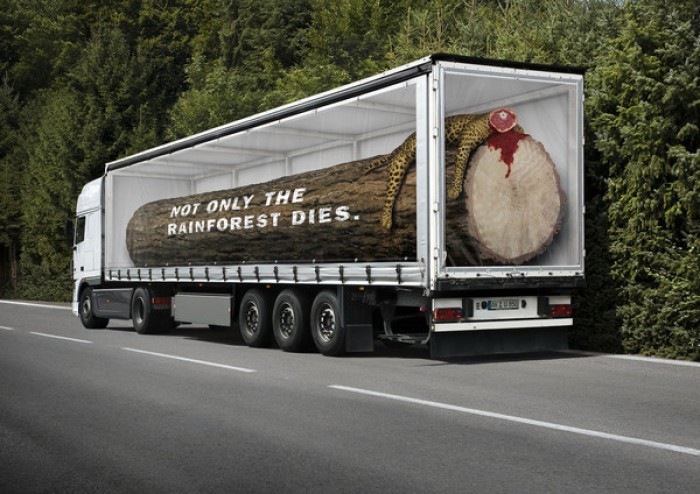 Not only the rainforest dies. A great way to highlight the problem. The truck is painted fallen trees and dead animal. The main sources of deforestation in the Amazon rainforest are human settlement and development of the land. In the nine years from 1991 to 2000, the most area of Amazon rainforest cleared rose from 415,000 to 587,000 km²; comparable to the total land area of Spain, Madagascar or Manitoba. Most of this lost forest has been replaced with pasture for cattle. In February 2008, the Brazilian government announced that the rate at which the Amazon rainforest was being destroyed had been accelerating noticeably during the time of the year that it normally slows: In just the last five months of 2007, more than 3,200 sq. kilometers, an area equivalent to the state of Rhode Island, was deforested. The Amazon rainforest continues to shrink, though the rate of deforestation has been slowing in recent years, with 2012 having the slowest rate of deforestation since records began. However, the rate increased again in 2013.