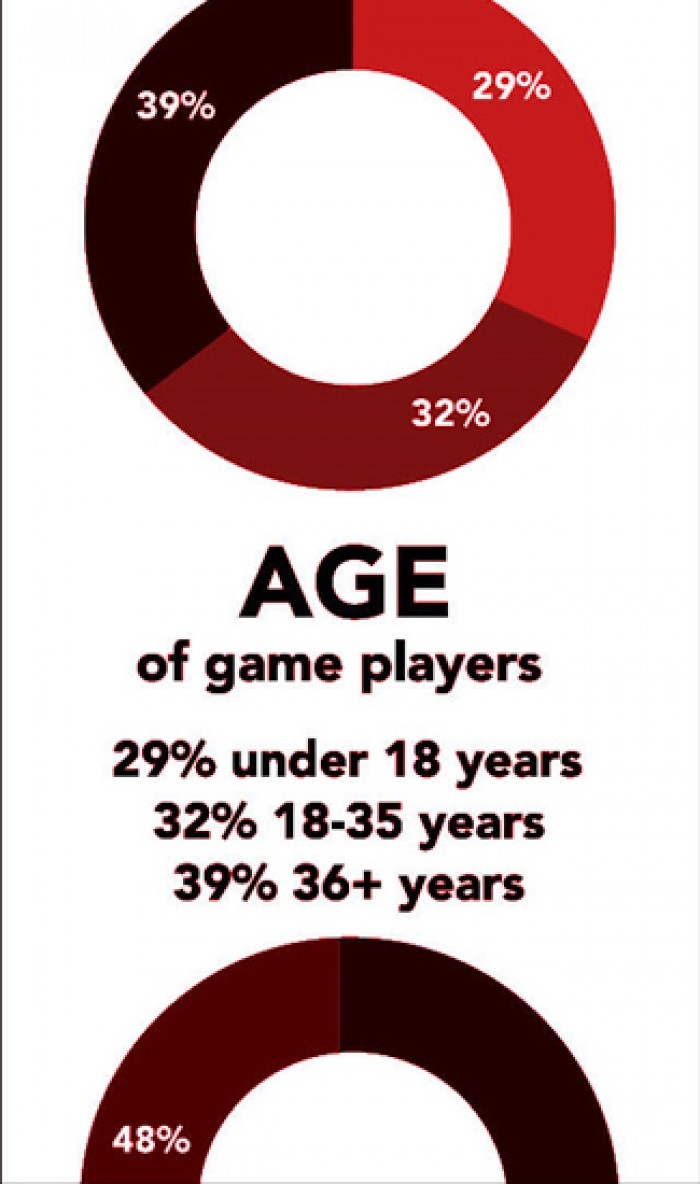 People of all ages play video games. There is no longer a 'stereotype game player,' but instead a game player could be your grandparent, your boss, or even your professor."

According to Jason Allaire, Ph.D., associate professor of psychology at North Carolina State University and co-director of the Gains Through Gaming Lab, gamers are growing up.

The video game demographics have changed quite a bit over the years. The kids who lived in the golden eras of gaming have grown up and had kids of their own. Gaming is becoming less of a hobby stereotypically associated with teenage boys and more of a legitimate form of entertainment enjoyed by men and women of all ages.

From 11-year-old girls who coordinate 25 player teams in World of Warcraft to elderly grandparents staying active with games on the Wii, video games are quickly becoming one of the most popular and demographically diverse forms of entertainment in the world.

With this rising popularity and growing media presence, you might be wondering just how popular gaming has become. Thanks to the Entertainment Software Association, a trade association that boasts memberships from video game industry titans such as: Activision, Nintendo of America and Sony Online Entertainment, we have some concrete sales, demographic, and usage data from their 2014 report for the US.

Lets start things off with just how popular gaming has become in our society.

According to the ESA, 59 percent of Americans play some sort of video game. Each American household tends to have an average of two people who play games and at least one device dedicated to playing games.

Thirty-nine percent of people who play games are 36 years or older, with players between the ages of 18 to 35 making up another 32 percent, and all those younger than 18 years old at 29 percent. The gender division is almost an even split with 52 percent being male and 48 percent being female.

Women older than 18 currently make up 36 percent of the entire gaming market and are currently the largest growing demographic. That's more than double the industry's long time target audience of boys under the age of 18, which currently represents 17 percent of the total market.

These video game demographics have been greatly affected by the growing popularity of casual games played on smart-phones, and the explosion of popularity gaming has gained on social media.

Nearly everyone has a smartphone these days and therefore has access to thousands of cheap and free games. A lot of people who may have otherwise not have been interested in gaming may have started with casual, friendly, mobile games.

Game themed YouTube content creators such as PewDiePie (Felix Arvid Ulf Kjellberg), Tobuscus (Toby Turner), and Totalbiscuit (John Baine) have gained such a large following that they can influence the popularity and sales of a game just by mentioning it in videos or on social media. These content creators are generally very popular with younger players.