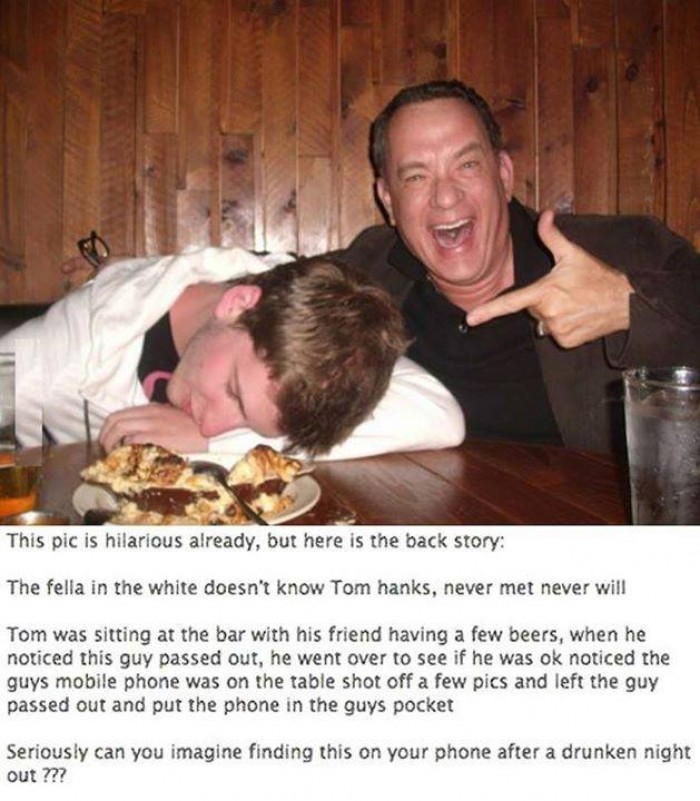 This pic is hilarious already, but here is the back story:
The fella in the white doesn't know Tom hanks, never met never will
Tom was sitting at the bar with his friend having a few beers, when he noticed this guy passed out, he went over to see if he was ok noticed the guys mobile phone was on the table shot off a few pics and left the guy passed out and put the phone in the guys pocket
Seriously can you imagine finding this on your phone after a drunken night out ???