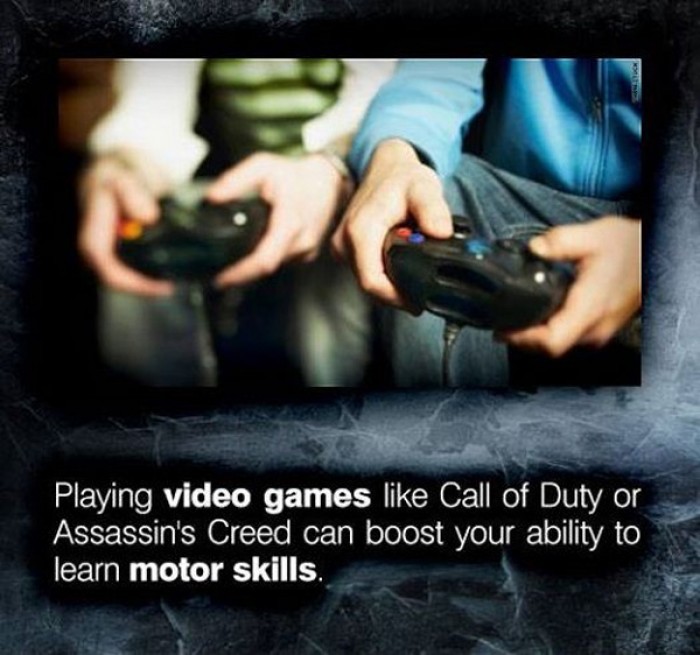 A motor skill is the intentional movement that we use in every day life, such as playing the piano, brushing our teeth, and making tea.

Video gaming is a huge hobby for many people, young and (ever increasingly) old. So much so that the researchers at the University of Toronto initiated a study to find out if extensive video gaming had effects on sensorimotor control (the coordinated function of vision and hand movement.)

They gathered two groups of people; those who play games and those who don't. They tasked them with a coordination exercise on a computer where they had to coordinate hand movements with a dot that appeared on the screen in a repetitive pattern.

They found that both groups were fairing pretty much the same, but after a while, the group of gamers were performing significantly better.

"This suggests that while chronically playing action video games requires constant motor control, playing these games does not give gamers a reliable initial advantage in new and unfamiliar sensorimotor tasks," says Davood Gozli, who was part of the research team.

The researchers then wanted to determine whether the gamer's improved performance was indeed down to better learning rather than better sensorimotor control.

To eliminate the learning aspect, they asked both groups to again coordinate with an on-screen dot that was the same as before, but had an irregular pattern. Neither of the groups showed significant improvement in their performance. The findings confirm that the group of gamers learned the repetitive pattern substantially better than the non-gamers.