Voyager 1 just left the solar system and you still can't get cell service at the kitchen table. 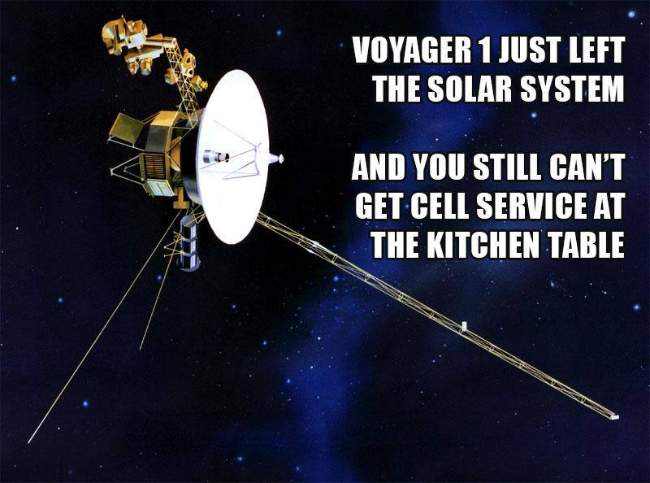 It's important to send the right signals. "Voyager, in case it's ever encountered by extra-terrestrials, is carrying photos of life on Earth, greetings in 55 languages and a collection of music from Gregorian chants to Chuck Berry. Including "Dark Was The Night, Cold Was The Ground" by '20s bluesman Blind Willie Johnson, whose stepmother blinded him when he was seven by throwing lye in is his eyes after his father had beat her for being with another man. He died, penniless, of pneumonia after sleeping bundled in wet newspapers in the ruins of his house that burned down. But his music just left the solar system. " - Josh Lyman