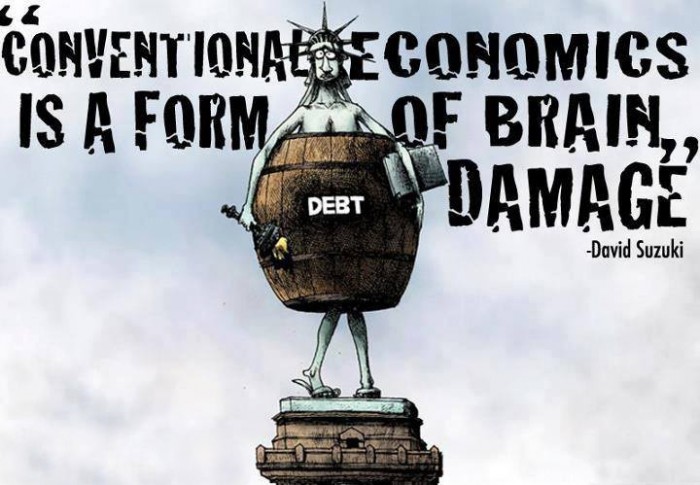 David Suzuki - Conventional Economics is a form of brain damage - quote. David Takayoshi Suzuki, CC OBC (born March 24, 1936) is a Canadian academic, science broadcaster and environmental activist. Suzuki earned a Ph.D in zoology from the University of Chicago in 1961, and was a professor in the genetics department at the University of British Columbia from 1963 until his retirement in 2001. Since the mid-1970s, Suzuki has been known for his TV and radio series, documentaries and books about nature and the environment.