You came to the wrong neighborhood. McMF. 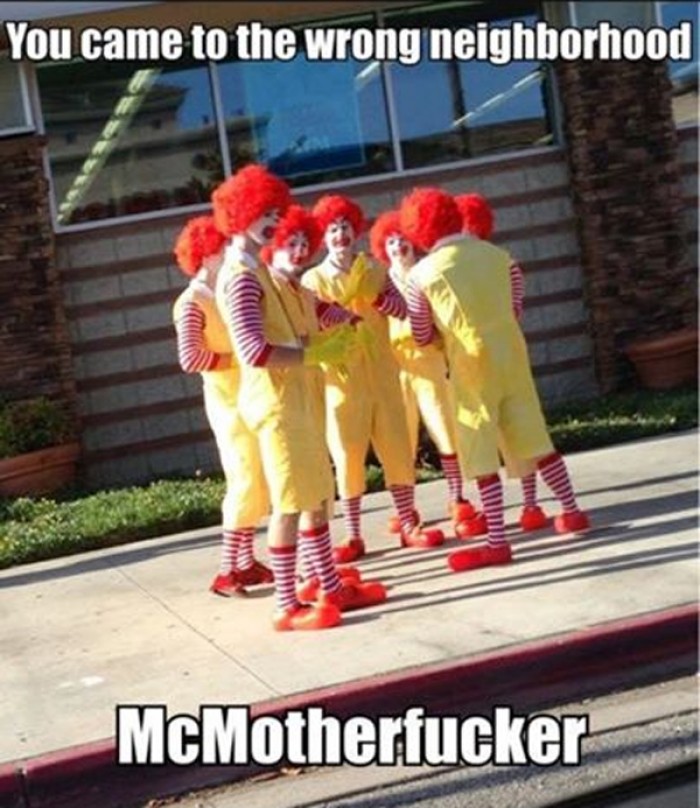 You came to the wrong neighborhood. Mc MF. Ronald McDonald is a clown character used as the primary mascot of the McDonald's fast-food restaurant chain. The origin of Ronald McDonald involves Willard Scott (at the time, a local radio personality who also played Bozo the Clown in Washington D.C.from 1959 until 1962), who performed using the name "Ronald McDonald, the Hamburger-Happy Clown" in 1963 on three separate television spots. These were the first three television ads featuring the character.